Why dairy farmers should be considering the use of the Montbeliarde breed.

There are many ways of trying to increase profits on a dairy farm and every farmer has their own priorities, but using the many strengths of the Montbeliarde breed can certainly help in trying to achieve this goal.

There are nearly 400,000 recorded Montbeliarde cows in France. The average adult lactation is 7486 litres at 3.9% B.F. and 3.45% P. Many of these lactations are achieved on hay based rations as this is a stipulation of the milk processor and in fact the Montbeliarde is known as the cheese maker breed in France because of the high protein levels. Cell counts are also an important issue and where the Montbeliarde has a commercial advantage having on average a 50,000 lower cell count compared with the Holstein for a similar level of milk production. 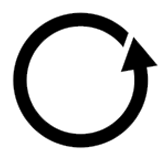 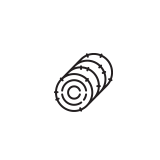 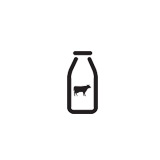 In order to optimise both concentrate input and growth rate, as well as promote a better utilization of the natural roughage supply of the Montbeliarde area, it was decided in the early 1980’s to include Feed and Roughage conversion into the Montbeliarde Selection Program.  This selection policy has meant that the breed has improved its feed and roughage conversion significantly, lowering the total feed cost of the dairy operation.  The cows hold a better body condition in lactation which has a positive effect on fertility and health in Montbeliarde cows.

Rearing replacements is expensive so having cows that last longer should be an important goal for all dairy farmers. Furthermore the herd culling strategy has greater effect on profit if it is a voluntary one, being able to cull those cows with low protein or fat, or with high cell counts rather than having to cull cows for fertility or foot problems. The Montbeliarde is a long lasting breed, 25% of Montbeliarde cows are in their 5th lactation or more.

In the U.K., cows really need good feet and legs, slurry and cubicles during the winter and long walks to pasture during the summer. The Montbeliarde breed originating from a mountain region have always been bred for strong legs and feet – a trait that has impressed all the British farmers that have visited France.

In the past 10 years this source of income for the U.K. farmer has been restricted due to the controls regarding B.S.E. but the recent lifting of the export ban will hopefully create an increase in demand for cow beef. The heavy and well fleshed carcasses of the Montbeliarde cast cows are ideal to take advantage of this market.

Calf price can also have a dramatic effect on income on dairy farms.  Pure bred Montbeliarde bull calves  can be £120 greater value than the Holstein equivalent.  For a herd averaging 8000 litres this difference in calf price is an extra 1.5p on top of the milk price.  Crossbred bull calves are also more valuable, yet again adding income to the farmer.

With high replacement rates on dairy farms the Montbeliarde is the perfect answer, as the heifers will perform well in the milking parlour and the males will be outstanding in the beef market. 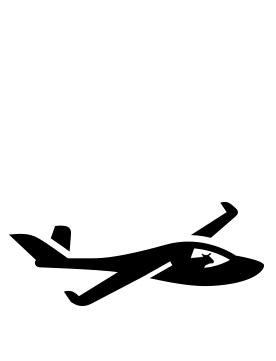 The Montbeliarde – a World Wide Breed.

The Montbeliarde breed is now successful all over the world, from the big Californian dairy units where more than 25,000 crossbred cows are already milking to the green pastures of Ireland where the Montbeliarde is the second largest dairy breed.

In Chile there are now  more than 3000 pure and crossbred cows milking mainly in low input systems with high use of  pasture and silage where the results have been very good for both milk production and the quality of the beef calves.

In the high input systems such as those found in California equally impressive results have been recorded.

For More information on the breed and all the latest choose an issue below.